On June 3 we studied lesson 15. Using Narrative Perspective. We took off for summer break for July to September. In October we concluded with lesson 16. Shaping Your Voice. On November 4 we gave members an opportunity to read and started on lesson 17. Writing the gutter, How not to tell a story.

On May 1 we covered lesson 14. Getting Inside the Heads of your Characters.
We hope you were able to attend the Friends for the Book and Author Luncheon on February 23. The March 4 meeting was cancelled. April 1, 2019 guest speaker was Charlene Carson. She is an enthusiast of recording history through writing.  Her first book was a family history book which focused on her grandparents’ immigration to the United States from Germany and eventually becoming homesteaders in Oklahoma.  After she and her husband moved to Salado in 2000, she wrote the history of the First Baptist Church in anticipation of the church’s 140th anniversary in 2004.  In 2014, she co-authored an Arcadia book with a friend on the history of Salado.  Her newest book, Gristmills of Central Texas, was released in June 2017.This is her second publication with Arcadia.  The book has been distributed throughout Central Texas all the way from San Antonio to Fort Worth.

Dr. Robert E. Burke first book, Photo journey, Baby’s First Year was published in 2013 as a visual aid and advice for new parents.  In December, 2016, he published Beyond the Quest to Become a Physician, which is autobiographical with tales providing insight to parenting, perseverance, and pediatrics.  Currently he is seeking publication of a children’s picture book, Madison Meets Magical Morpho, a story about a curious, adventurous young child who discovers beauty, magic and human attributes in a butterfly.  He is also kept busy by his 11 grandchildren, and his wife Bonnie.

Bob and Bonnie have travelled extensively in their motor home throughout the United States and Canada.  They have been to Australia, New Zealand, Cuba, Iceland, and have visited many countries in South America, Europe, Asia, and Africa.  This fall they will travel to Russia, the South Georgia and Falkland Islands, and Antarctica.  Some of their travels have been shared as feature articles in the Life section of the Temple Daily Telegram.  He also writes healthcare topics on the Children’s Hospital news column in the TDT, and regularly blogs topics on his website: reburkemd.com.

October meeting will be held the 2nd Monday on October 8 from 6:30-8:30 at the Lena Armstrong Library, Belton TX. We will cover 2 sessions:
Lesson 8. Building Dramatic Sentences
Lesson 9. Rhetorical Devices and Emotional Impact

August 6 speaker will be local author, Carol Wilson, on the 1913 McKinney Store Collapse!

Bell County Writers Guild Guest Speaker will be Nancy Kelsey. Over the years, Texas natives Michael and Nancy Kelsey of Belton have collected a wealth of local history and genealogy information.  The Kelsey Collection includes books, documents, and photos from numerous sources.

They have published thirteen books.  Six of these books focus on the history of Bell County, Texas.  They will begin selling their latest book Empresario’s Son:  E. S. C. Robertson of Salado in June 2018.  Information about each book is available at the Books tab @ http://www.mnkelsey.com

The Guild will view the first 2 video downloads and will have discussion and feedback afterwards.
1. Welcome to Creative Nonfiction
2. Finding the Story

On November 7, 2017 Shirley Mobley presented "Historical context through the eyes of the Mobley family history." This topic included a brief Genealogical History of Eleazer Eldridge Mobley, an oratorical speech from an inaugural address compared to an oratorical speech by Comrade E. Mobley, delivered as an Address in Atlanta, at an Annual Reunion of Old Newnan Guards, August 9, 1895. Shirley expanded upon this with current historical context in Texas, Bell County, and Belton TX. at 254-231-1843.

Turning Your Scars Into Stars

Bell County Writers Guild Guest Speaker Dr. Sue Hamby is scheduled for 6:30-8:30 on October 2 at the Lena Armstrong Library in Belton.  The Dr. is retired from Dept of Veterans Affairs and has a degrees in Nursing, Psychology, Counseling, & PhD-Texas A&M.. She is co-author of two books, "Road to Success" and "Globetrotting 101" and author of “Turning Your Scars Into Stars.”

Sirena the Indian Mermaid was cancelled and will be reschedule at a later time.. 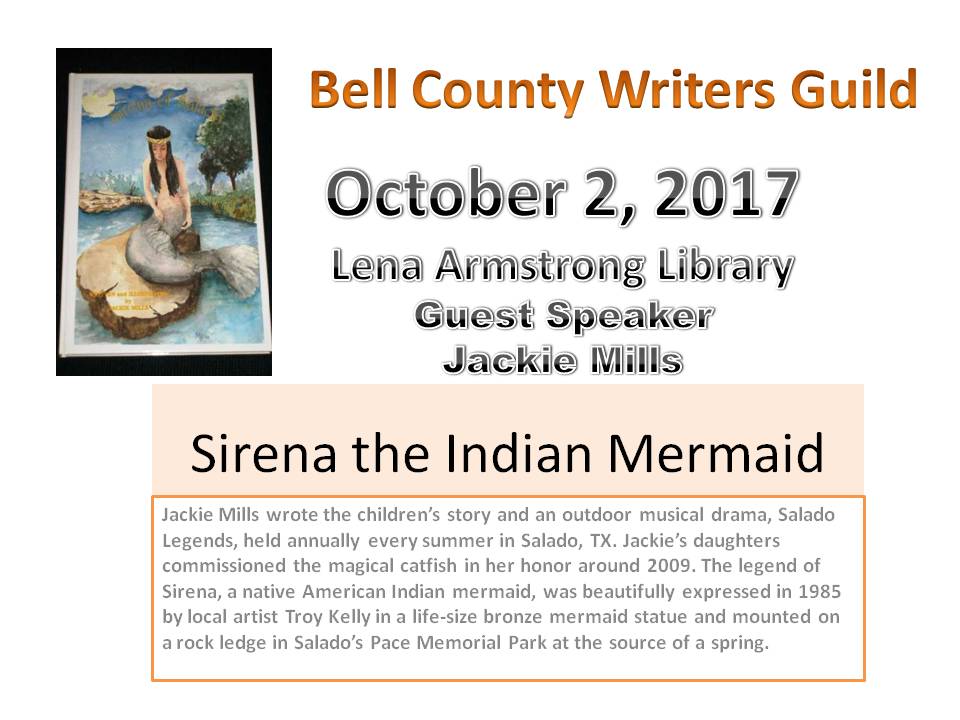 Guest Speaker for September 4, 2017 is Dr. Robert E. Burke,
author Beyond the Quest to Become a Physician

Guest Speaker for August 7, 2017 is the Wolfman, Wally Montgomery. 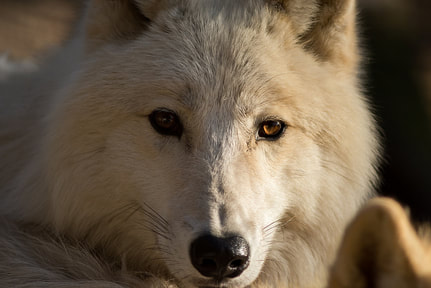 Myths and misinformation keep the imaginary “big bad wolf” alive, polarized, and politicized. No animal has ever been so falsely vilified and unjustly persecuted as the wolf. All are invited to Waldo Montgomery’s presentation, The Wolves of Yellowstone—A Visual Journey in Search of These Iconic Animals.

Waldo, better known to family and friends as “Wally,” is a retired Army officer, a retired staff member of the University of Mary Hardin-Baylor, the author of several published works of fiction, and an advocate for America’s endangered wolves. Wally spends considerable time writing Letters to the Editor of various Texas newspapers promoting truth and understanding about wolves, encouraging coexistence, and inspiring people to take action to protect these amazing animals.

In recent years, Wally has supported the reintroduction and continued protection of wolves throughout the United States. In 2013, Wally testified in support of wolves at the U.S. Fish and Wildlife Public Hearings held in Denver, CO and Albuquerque, NM. At least twice a year, he makes a pilgrimage to Yellowstone National Park to view and film wolves in the wild. For the past four years he has represented “Living with Wolves,” a national non-profit wolf advocacy organization, in the Belton July 4th parade.  As a boy, Wally lived in northern Manitoba, near the small town of Churchill on the Hudson Bay.  Today, Churchill is heralded as The Polar Bear Capital of the World; however, it was wolves, not polar bears, which fascinated him and ultimately became his passion.

Denzel Holmes retired from Federal Civilian Service in Temple twenty years ago and went to work on his dream of writing. His rural background from tiny Sheffield, Texas, near the Pecos River naturally led him into a love of Western fiction. The first novel he drafted was eventually published as “The Horse Thief and the Lady.” It became the flagship novel for five more books, which he calls his “Mitt Stone Series.” He was inspired to write “Horse Thief” based on tales handed down to him by his father who was raised by Denzel’s great grandfather, Mitt Holmes. The name “Mitt Stone” was used to appeal to publishers who didn’t want to publish a book of “family memoires.”Before “Horse Thief” found a home, Denzel met up with a man who wanted to co-author a novel about the German immigration to Texas in the mid-1800’s. As a result, their joint effort, TEXAS VICTORY, was published before “The Horse Thief and the Lady,” but was written later.  See http://www.denzelholmes.com 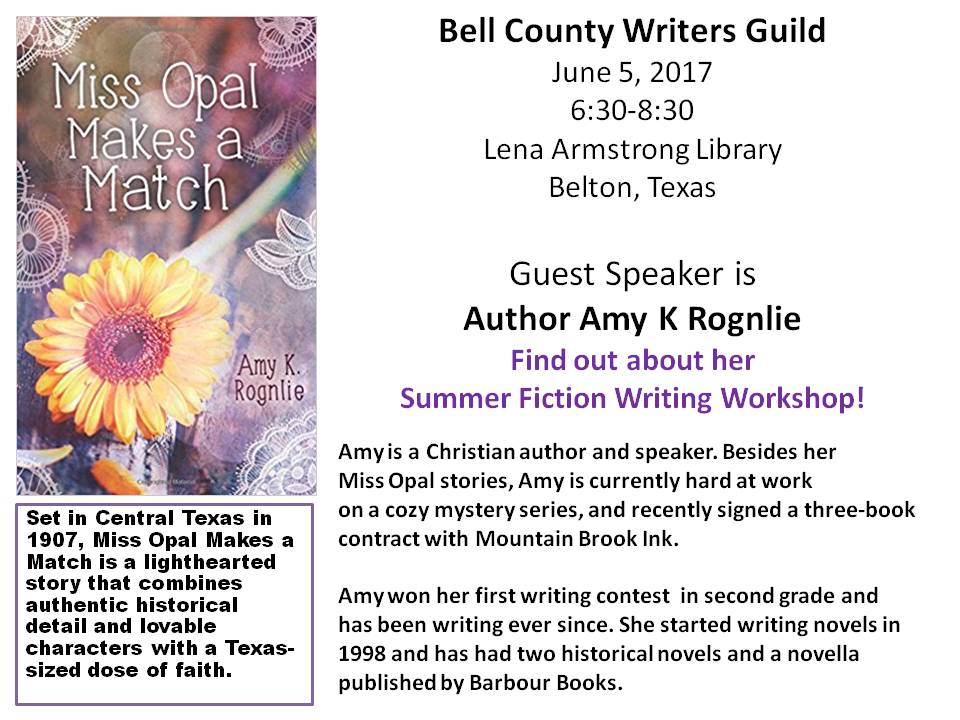 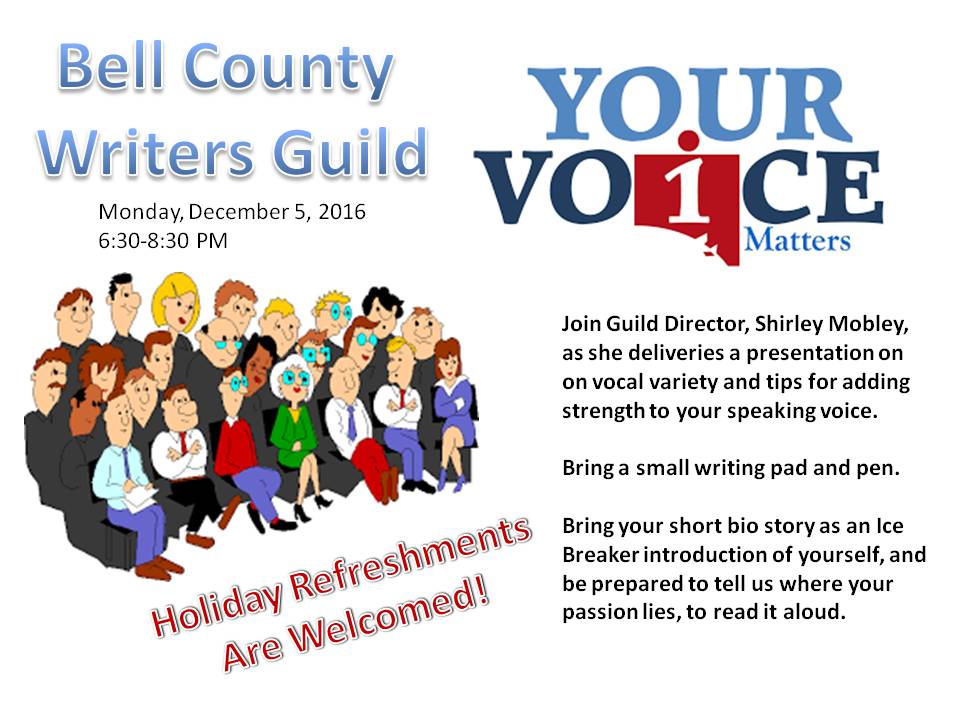 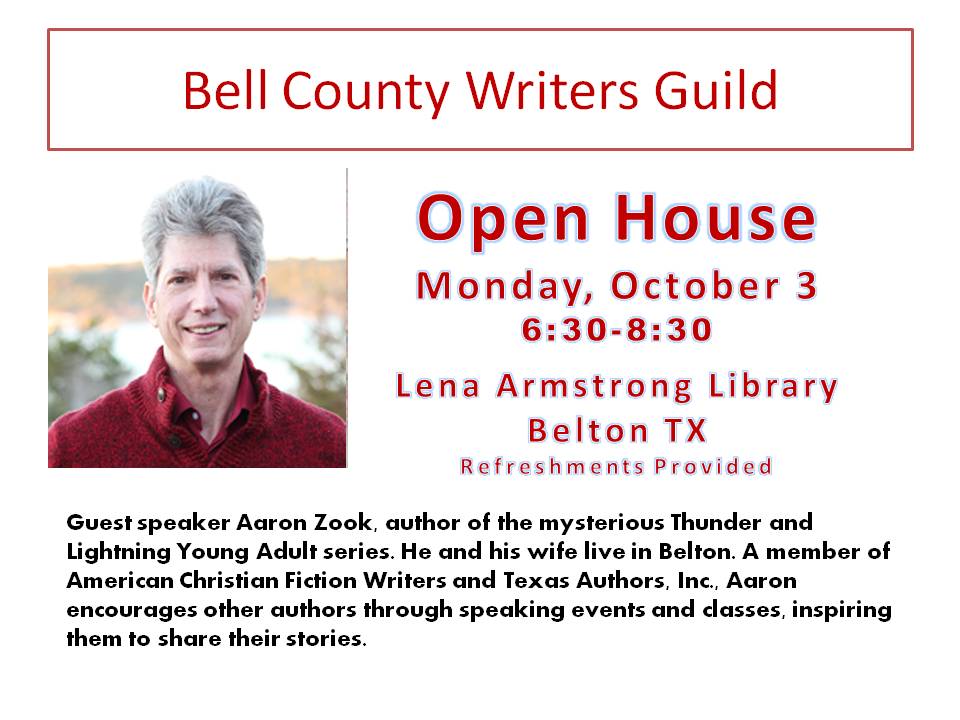 Why Your Story Matters 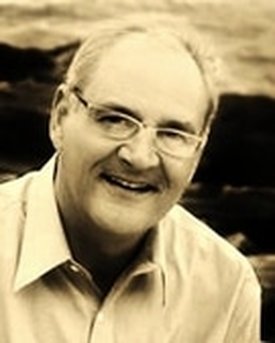 Thatcher Freund, a journalist and memoir writer, will talk about the importance of stories in our lives both to ourselves and to the culture we live in, and why it matters so much that we preserve them.

Thatcher is a graduate of Stanford University with a B.A. in History, and the Columbia School of Journalism, and was born and raised in Austin.  His published work includes The Python Trail, the story of an immigrant’s journey from Cameroon to America, and Objects of Desire: The Lives of Antiques and Those Who Pursue Them, which follows the lives of three pieces of American furniture from their creations in the 18th century to their sales at Sotheby’s 250 years later.

Besides his speaking engagements, Thatcher helps people to write their own memoirs and teaches workshops on memoir writing.

Guest speaker, Cynthia Bowen, author of Proud Flesh, will speak on her experience as an advocate for special needs children, foster care and adoption. 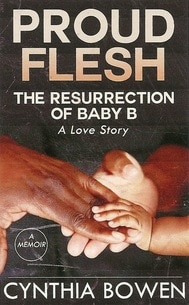 Set in Galveston and Central Texas, PROUD FLESH is about a baby with life-threatening third-degree burns who was abandoned by his family. State and local agencies were unwilling to help due to the severity of Baby B’s injuries.

From the calm of the Galveston beaches to emergency preparedness for Hurricane Rita, Bowen and Baby B manage to ride the alternating currents of peaceful and drama-filled days, creating a bond that would weather more than they’d ever dreamed.

Cynthia Bowen is a writer, poet and former court-appointed advocate volunteer. She devotes her time to advocating for special needs children, foster care and adoption. She lives in Austin, Texas with her husband, Lawrence. She will be reading and signing books at the Guild meeting.

Bell County Writers Guild will meet on November 5th from 6:30 to 8:30 and is open to the public.
The Guild meets at the Lena Armstrong Library at 301 E 1st Street, Belton, TX.
Karen Gaus will be the guest speaker for the event and is a Temple author.
Karen’s speech is entitled Goals and Strategies for your Writing Career. She will share about her writing journey then give tips and discuss successful techniques for setting goals and strategies for your writing. Based on Karen’s attendance at a large writing conference in Dallas in September, she will also share some of the latest news from successful authors and publishers in the field.

Karen grew up the fifth child in a family of six, attending public school in charming small Texas towns during her youth. Her interest in storytelling began in third grade when her teacher and fellow classmates requested her stories during free time at school. Karen has won several first place and finalist awards in competitions such as in the 2015 Love Inspired Blurb-to-Book contest, 18th Annual Writer’s Digest International, Texas Christian Writers Conference, Austin Manuscript Contest, and Barclay Literary Competition. The slogan for her novels is Escape to a World of Romance and Adventure.